Spinal Stenosis: What is it?

Richmond Spine Interventions and Pain Center Blog Spinal Stenosis: What is it? 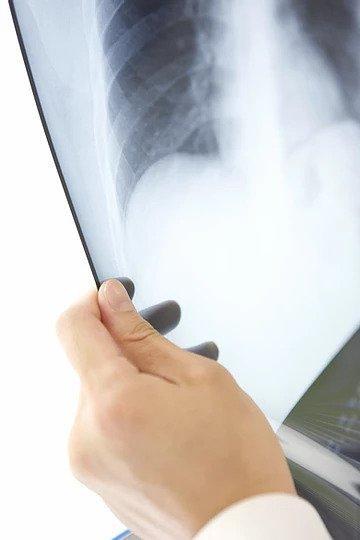 You've experienced back and/or leg pain that's been bothering you now for a month or more. You go to your doctor, and after he/she exams you, they send you for an MRI of your lumbar spine. After completing this study, you return to their office and are told you that you have spinal stenosis.

So, exactly what is spinal stenosis in layman's terms?

Stenosis in medical terms literally means an abnormal narrowing of a bodily canal or passage. Like most medical terms, it is derived from Latin. This word actually being derived from "New" Latin that itself derives originally from the greek word stenos, meaning narrow.

With narrowing, pressure can be put on the contents noted above sitting in the canal. In addition, swelling caused by normal intervertebral disc breakdown, so called "normal wear and tear", can put pressure on these contents or various regions of them. In fact, it is the latter that most likely causes the symptoms people experience. The former, mechanical compression, can certainly play a role. However, the symptoms generated from this kind of mechanical situation are almost always due slowly evolving extreme narrowing, or from acute, rapidly occurring narrowing that is experienced in severe trauma.

Given the fact that most of the symptoms of spinal stenosis come from swelling and inflammation, it comes as no surprise that a great deal of published, peer reviewed medical literature involving treatment of symptoms from spinal stenosis with various types of techniques designed to reduce this swelling and inflammation have resulted in significant clinical benefit. These studies being done being evidence based, and typically well controlled. There only draw back being that they usually involve a small sample size (group of patients).

What types of procedures have shown success? Probably the most studied and heard about, epidural steroid injections performed under some sort of imaging guidance, using an approach that delivers medicine to the area of the spinal canal closest to the disc (the front or anterior epidural space).

Another technique with a high success rate and longer lasting results is called epidural adhesiolysis. This involves the placement of a catheter into the epidural space into its front or anterior portion, using either imaging or an epiduroscope, and then injecting medicine in a targeted fashion while guiding the catheter tip to the areas where greatest scar tissue from inflammation is noted. Usually this scar tissue (being the actual adhesion that is being broken or "lysed") is noted during the initial portion of the procedure. However, there are occasions when the "inflammation" is actually so severe that the radiologist notes it a previously performed MRI of the spine. Although this is rare, the author has actually treated a half dozen patients during his career with these MRI findings. The outcome is typically dramatic when this is the case, and this has been my experience.

Medicines used in the procedures noted above that benefit people with inflammatory related spinal stenosis symptoms are not limited to steroids. Surprisingly, simply using balanced sterile saline solution can be of great benefit. This because the injecting of such solutions allows for "hydro dissection" of the adhesion. Water pressure itself breaks some of the scarring. Steroid and other medications used certainly can have great benefit as well. What's interesting is that steroid doesn't need to be used for these procedures to be beneficial.

Another type of spinal stenosis is "congenital". This means that the person was born with it. It also means that their canal is narrower on a statistical basis then most other humans studied by radiologists. It doesn't necessarily mean anything else. It may or may not lead to symptoms later on in life. For it to be symptomatic early on, it likely is associated with other types of birth anomalies or some sort of severe traumatic event.

The fact is, a great deal of the findings on imaging studies, be they X-ray, Magnetic Resonance Imaging, Computer Tomography or otherwise, do not cause symptoms. This is important for the layperson to note as occasionally, a well intentioned clinician may see these findings as significant when they are not. Therefore, if you have symptoms and someone recommends a procedure or surgery, first make sure you fully understand what your diagnosis is and what your options are. This is important and it's also part of modern informed consent. The most important point of all I can make of this as a doctor, I quote from the beginning of the Hippocratic Oath, "First do no harm". 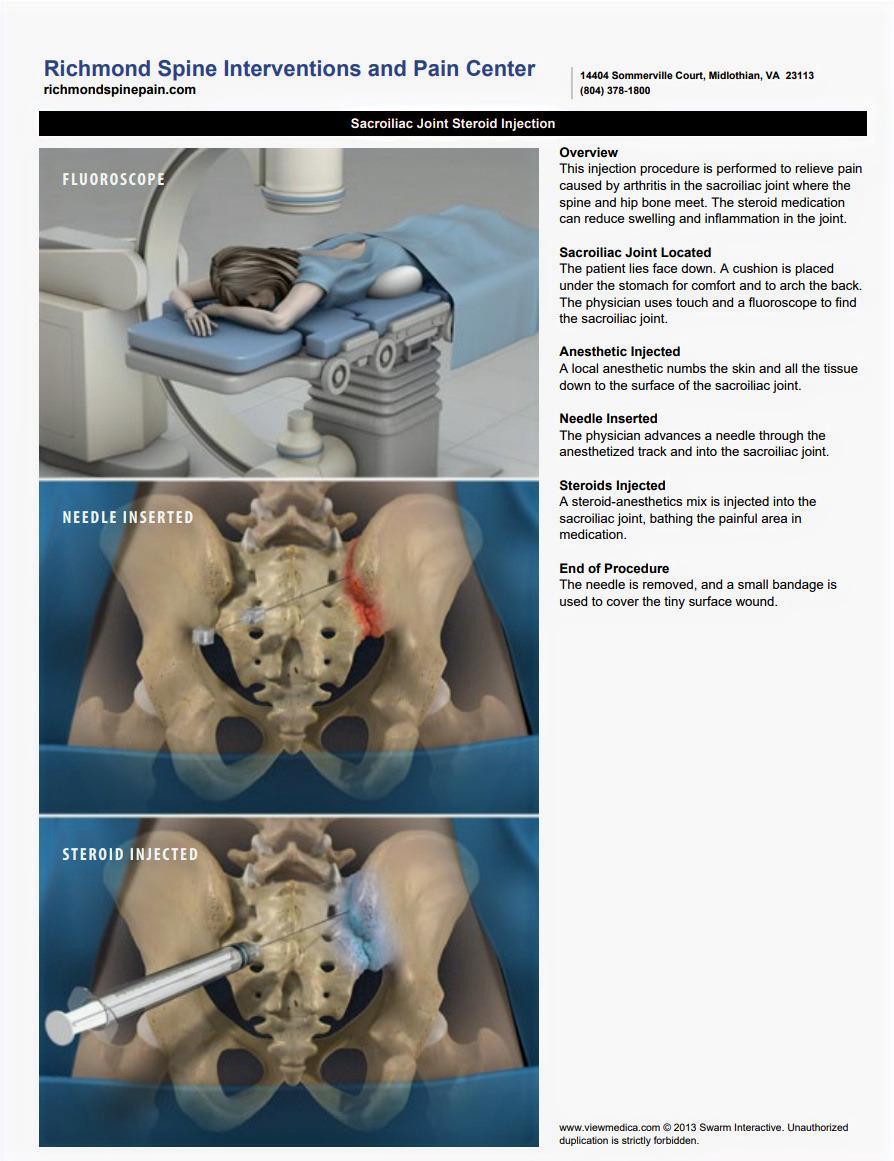 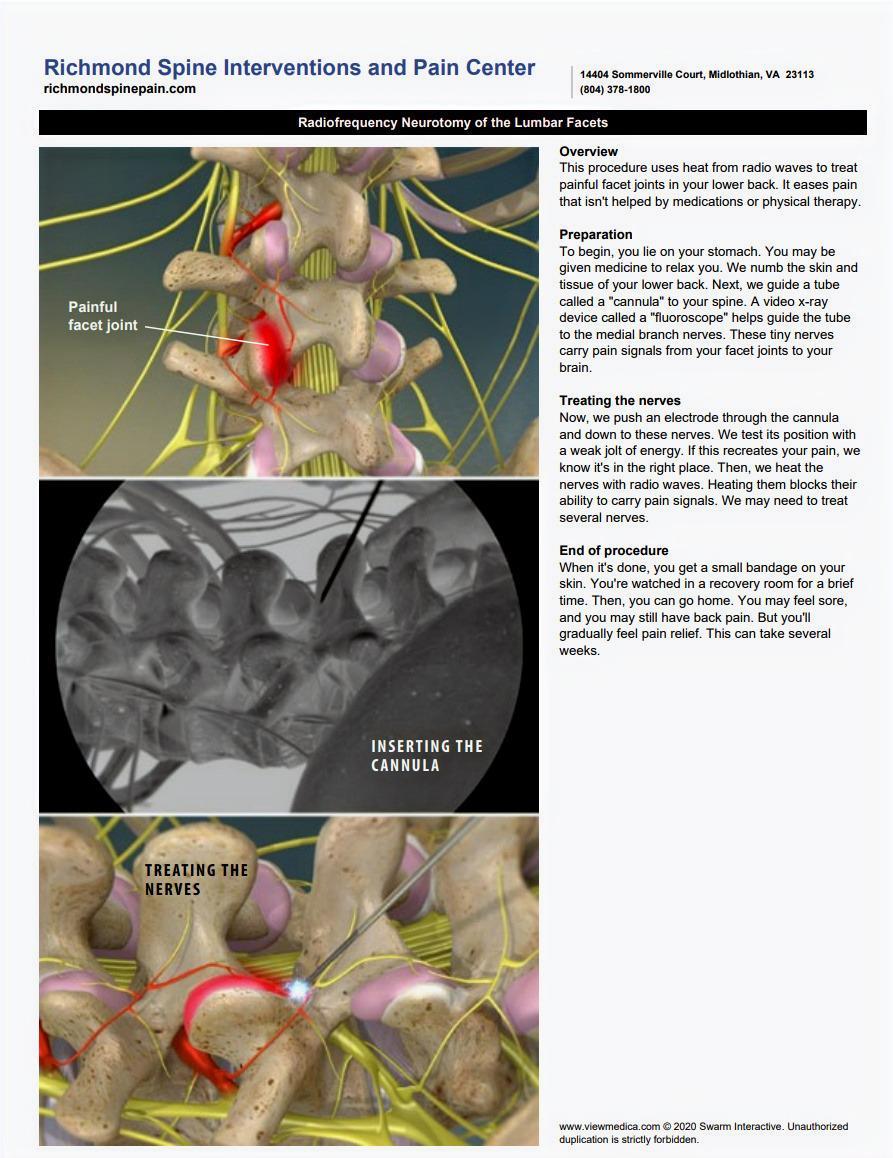 For more information, you may visit our website: www.RichmondSpinePain.com and fill out the required form for us to see if our center could be of help to you. For more information, you may visit our website: www.RichmondSpinePain.com and fill out the required form for us to see if our center could be of help to you. We are located at 14404 Sommerville Ct. Midlothian, VA 23113